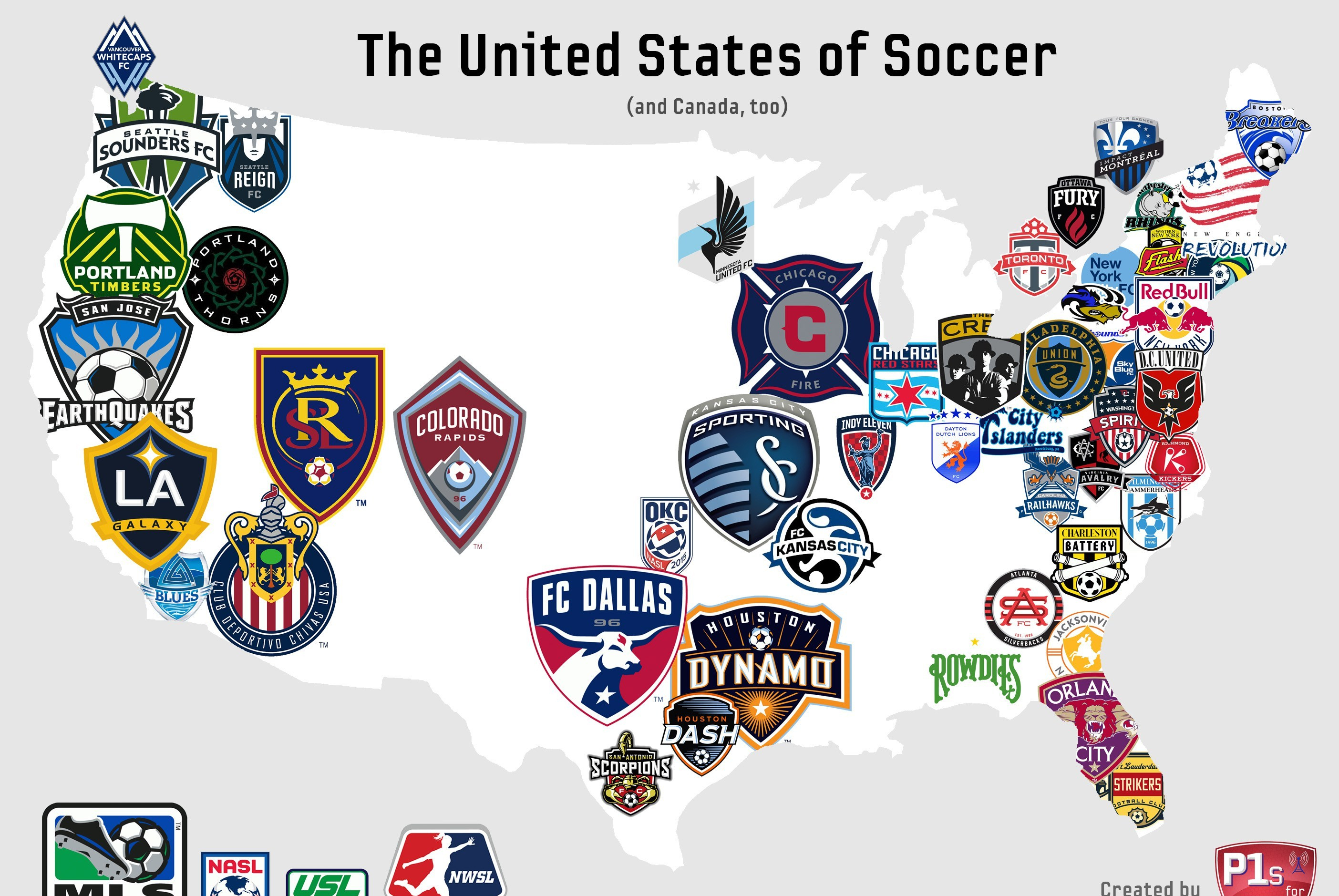 In the United States and Canada, the top professional soccer league is Major League Soccer (MLS), which just expanded to 23 teams. The divisions below consist of a second level of the North American Soccer League (NASL) with 4 teams and United Soccer League (USL) with 33 teams. The third tier is the Premier Development League (74 teams), but that there are plans that a new league, the USL Division III will supplant the PDL in that spot. There is also a semi-pro league, the National Premier Soccer League (98 teams) beneath all of these. The MLS is shown on a combination of regional channels, FOX channels, ESPN channels, and Univision. Different from Europe, the MLS season begins in March and ends in December. Also, divergent from much of Europe, there are two divisions in the MLS. Each team plays 34 games with 12 teams making the MLS Cup Playoffs. There is currently no promotion to nor relegation from the MLS.

Supporters’ Shield: Awarded to the MLS team with the best regular season record. This team earns a berth in the CONCACAF Champions League.

U.S. Open Cup: All American teams from MLS and USL, as well as select teams from lower divisions participate in this cup tournament. 97 clubs participated in the 2018 tournament. Matches are played periodically throughout the season intertwining with the MLS schedule. The winner of the cup gets a berth in the CONCACAF Champions League group stage.